The Padre Pio Foundation of America presents an 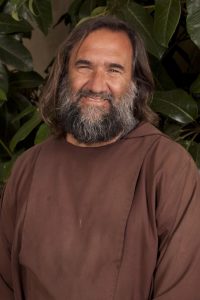 Depart JFK or Newark Airport on your overnight flight to Rome. Dinner served in flight.

Upon arrival we are transferred to Assisi. We visit the Basilica of Santa Maria degli Angeli where we find the Porziuncola. Next we visit to Basilicas of St. Francis and St. Clare, where we see the Tombs of the two Saints.

Today we travel to Tuscany to visit San Gimignano. San Gimignano rises on a hill dominating the Elsa Valley with its towers. The construction of the towers dates back to the 11th and 13th centuries.  Once the seat of a small Etruscan village, it began its life as a town in the 10th century taking its name from the Holy Bishop of Modena, St. Gimignano, who is said to have saved the village from the barbarian hordes. The town increased in wealth and developed greatly during the Middle Ages thanks to the “Via Francigena” the trading and pilgrim’s route that crossed it. After our visit, we go to a Winery for a Wine & Food tasting.

Morning departure to Orvieto. The miracle of Oriveto occurred, in 1263, when a priest was on a pilgrimage to Rome to ask for strength in his vocation and to remove his doubts about the presence of Jesus in the Eucharist. On his way he stopped at Bolsena. During Mass when the priest said, “This is My Body,” the Host began to bleed profusely. The priest took the corporal and wrapped up the bleeding Host, although blood fell on the marble floor in front of the altar. He immediately took it to Pope Urban IV who was in Orvieto at the time. The Holy Father declared that a Eucharistic miracle had occurred. The Holy Father created a new feast, the Feast of Corpus Christi, to commemorate the Miracle of Bolsena. The bloodstained corporal is in the Cathedral of Orvieto.

Morning departure to San Giovanni Rotondo. En route we stop at Manopello to see The Veil of Manoppello.

After taking Jesus’ body off the cross it was moved to the tomb which belonged to Joseph of Arimathea. He was an influential and affluent man, a member of the Sanhedrin, and according to John he was also a disciple of Jesus. He asked Pontius Pilatus to approve the burial. The request was complied with, after making sure of Jesus’ death. Had it not been for Joseph’s interference, His body would probably have been thrown into a common grave together with other crucified people. Joseph bought the burial shroud and 100 pounds of myrrh and aloes. The body was placed in a niche on the cloth, wrapped in two shrouds and bound with bands. The head was wrapped with a cloth and the cap was put on it. The fine byssus cloth veil (made of sea silk) was placed on top. Joseph was assisted by Nicodemus, who was a Jewish dignitary, a Pharisee and a member of the Sanhedrin.

It is believed that the cloth that was placed on the face of Jesus is the Veil of Manopello. Not to be confused with Veronica’s veil

After our visit, we continue to San Giovanni Rotondo.

Alberobello is a small Italian town like any other at a first glance. The streets are narrow and hilly, houses are white, the weather is pleasant, and life is slow. But if you take a closer look at some of the houses, you will think you landed in fantasy land. Small houses with conical roofs are dotted everywhere around you.

Upon closer investigation, you will find that these small dwarf houses are actually real and people still live in them. Alberobello is in Puglia, a region in Southern Italy, not far from the city of Bari. It is famous for its unique small historical houses called trullo (plural trulli). The name of the city originated from the medieval Latin name of the region “siva arboris belli” (The wood of the tree of war).

Upon arrival we will meet our guide and he will show us around this beautiful town.

After our visit, we return to San Giovanni Rotondo.

Today we go to the English Office for a talk on Padre Pio.  Next, we visit the new Church of St. Pio of Pietrelcina to see Padre Pio’s Tomb. After the procession, we are free for the remainder of the day to enjoy the festivities of the Shrine.

First Apparition The first apparition, known as the bull episode, is dated 490; it is the most astonishing and tells the story of a rich lord who went in search of a bull of his herds, lost in the Gargano area; at last he found it on the top of the mountain kneeling down at the opening of a cave. Filled with anger, he shot an arrow against the rebellious animal, but instead of hitting the bull the arrow unaccountably wounded the foot of the wealthy man.

Upset by the event, he went to see the Bishop who, after listening to the account of the extraordinary adventure, ordered three days of prayers and penance. As the third day ended, the Archangel Michael appeared to the Bishop and spoke to him: “I am the Archangel Michael and I am always in the presence of God. This cavern is sacred to me, I have chosen it; I myself am its watchful custodian… There where the rock opens wide the sins of men can be forgiven… What is asked here in prayer will be granted. Therefore, go to the mountain and dedicate the grotto to the Christian religion”.

Second Apparition The second apparition, known as the victory episode, is linked to a memorable victory of the town of Siponto against the enemy troops; the complete victory, foretold by the Archangel during His apparition to the holy Bishop Lawrence Maiorano, took place on May 8th and the Longobards attributed it to the intercession and help of the Archangel.

Third Apparition The third apparition, also called the Dedication episode, is linked to the beginning of the cult on the Gargano when all the Apulian bishops went in procession to the holy grotto  and they found that a primitive altar had already been erected, as announced by the Archangel to Lawrence Maiorano; moreover, according to the legend, they found St. Michael’s footprint in the rock.

Gargano is one of the most advanced eastward land of Italy and so, thanks to its geographical position and the fame acquired for these apparitions, the Byzantines held it under their dominion together with some other regions of the Adriatic coast.

During this period the Sanctuary structure was very different from the current one. Pilgrims arrived at the shrine from the Carbonara valley through a portico and a gallery that gave on to the irregular and deep cavern.

Then, in this period, according to the oriental liturgy, St. Michael was venerated as the one who presents the souls of dead to the divine throne and as a healer of illnesses (Apollo was a healer god) rather than as a great warrior.

It was very famous the so-called “drop”: a miraculous water that dripped from the rock of the cavern and, according to the tales, healed every kind of diseases.

This morning we travel west to the region of Campania. We arrive in Pietrelcina, birthplace of Padre Pio. We visit Padre Pio’s home, the Church of Santa Ana, where he was baptized and we have Mass at Santa Maria degli Angeli.  Next we stop at Piana Romana to visit the place where Padre Pio received the invisible stigmata.  After our visit, we continue to San Giovanni Rotondo where we visit the Basilica of Our Lady of Grace.  This evening we go to the Basilica of Santa Maria delle Grazie for the, outdoor, midnight Mass, on the plaza, honoring Padre Pio.

Today we have a full day Tour of Rome. We see the Coliseum, the Roman Forum and the monument to Victor Emmanuel. We leave our bus for a walk-through Rome. We start at Piazza Navona where we see the artist square and the cafes that line it. Minstrels pass from cafe to café entertaining the tourist. We continue through the side streets of Rome to the Parthenon.  We end our stroll at the Trevi Fountain where we stop to toss our coins in the Fountain. During our tour, we visit the four major Basilicas of Rome- St. Mary Major, St, John Lateran, St. Paul Outside the Walls and St. Peter’s.

Morning departure to Rome. Sit back and enjoy the view as we head north passing through the regions of Basilicata and Campania arriving at Lazio and the “Eternal City” of Rome. Upon arrival we check into our hotel.

Morning departure to Rome airport for our return flight to the USA.